In January, the markets showed a nice rebound after a period of a slumping global stock markets in December. This phenomena showed us an extreme of both, December 2018 was one of the worst month periods for the global stock market in the last decades whereas the following month was one of the best in years. By way of illustration, the S&P500 recorded the worst December month since the great depression of 1931, whereas 2018 was one of the weakest since the financial crisis of 2008. Due this sudden positive change in sentiment, we have been able to make up a considerable part of the losses in a short time.

Why change in course ?

There are a number of hopeful signs that a solution to the trade ware between China and the US is nearby, this was the event that probably weighted heavily on the financial markets last year. China has recently decided to import a significant amount of agricultural, energy and industrial products from the U.S. which was an indication of willingness to make a deal from China’s side. Furthermore, China has reduced the import tariffs to 0% on a large number of products, even for the US. In addition China and the U.S. are discussing strategic topics like the protection of IP (intellectual property), which should ultimately lead to a total agreement. This could provide a further relief for the stock markets after a long period of uncertainty. In contrary, a further escalation of the situation could lead to turbulent times on the financial markets. February is very important month in this respect, because both parties agreed to make a deal within 90 days which ends at the beginning of March.

The importance of the deal is not only in the interest of both countries but of course also essential for the global economy. It is obvious that the trade war and the accompanying uncertainty weighted on the economic growth of China and that of the rest of the world. Financial media were eager to report that the Chinese economy further declined during the fourth quarter and that for the full year, there will be a growth of 6.6%, the lowest growth trajectory since 1990. This can’t be seen as black nor white situation because the growth is still substantial and is calculated on a much larger basis. This can be translated into a situation whereby the growth and contribution to the global economy will remain very large in absolute terms.

Nevertheless, companies reported a number of profit warnings and blamed the trade ware as THE major cause. Apple saw it IPhone sales slump in China. Semi-conductor companies like Intel and Nvidia have explicitly cited China as the main culprit for the lower than expected growth in the fourth quarter last year and for the current year. Other sectors are less impacted. Companies like LVMH, Nike, Adidas and JC Decaux have announced good results and expect a little impact of the trade war for the time being.

A slowdown of the Chinese economy isn’t solely attributable to the trade war. Another important cause which remained under the radar is the fact that in the past years, China has cracked down on credit lending mainly targeting the shadow banking system. This has put pressure on the loans in the private sector, which stiffed growth. Anyway, an agreement is very important for China and the world and we continue to believe that common sense will ultimately prevail.

Provisional end of interest rate hikes in the U.S. ?

In the most recent meeting of the FED, it was clear that a rise on interest rates hikes are put ‘on hold’ for the time being, due to inflation that remains moderate and increased economic uncertainties worldwide including the trade war, a slowdown in China and Europe and the impending Brexit. The tone of this meeting was changed heavily in contrast to the previous meeting where a number of interest rates were planned before reaching the neutral level. In addition, the FED argued cautiously in the further reduction of the balance sheet of the central bank. Something that was clearly appreciated by the financial markets. Important to note is that Powel also stated that the American economy, despite the recent shutdown, remains very strong, something which also confirmed by an excellent recent job report.

European growth is still cooling down

In Europe, we see a total different picture, it is clear that the economy is cooling down further (see graph below). Even Germany, traditionally the growth engine of Europe, narrowly escaped a recession scenario last quarter. The growth was mainly crippled by a slowdown in exports, driven by the uncertainty surrounding the trade war. In addition, some large German sectors experienced a difficult year including car manufacturers. The growth in France was then cushioned by the ‘Yellow Jackets’ movement, while Italy was in a technical recession for the second half of the year after political problems in the first half. The sentiment in Europe remains at a very low level due to European elections and a possible Brexit.

Another reason for the strong start of the year is the fact that valuations are remarkably lower than last year. The price levels of many companies already seem to price in a global recession, something that is still far away from today. In addition, earnings estimations have already been adjusted downwards as a result of which the market simply has a much lower expectation level than at the same period last year. Despite the fact that there are remarkably more profit warnings announced, most results remain solid, which is a relief for many investors. The price of Apple for example, after its sales warning earlier this year, showed a remarkable rebound.

Although, the first results showed a sharp decline in IPhone sales, especially in China, the growth of other products (Mac, IPad, Apple Watch) and especially the services remains at a very high level. This and the fact that the outlook for the second quarter does not show any further deterioration has provided investors with a relief.

The bond markets also experienced a V-shape since the beginning of the year, mainly because of the growing optimism about the US/China trade negotiations.

However, dark clouds above the growth prospects in the Eurozone resulted into a lower government interest rates. The German ten-year interest rates meanwhile fall below 0.20%. Of course, we have been able to reap the benefits of falling interest rates, given that the duration of our investments is around 5.1. The future current return on our bond investments at this duration is currently around 2.60%.

Break-even inflation rates are still on the low levels of last December, for example, the German expected inflation for the next 10 years is below! 1% on average per year, a lot of work to do for Mario Draghi and his successor, while in the U.S. the expected inflation for the next 10 years is about 1.80% on average per year, even below the expectations of the FED. This makes investments in inflation-linked bonds very interesting today. A quarter of our allocation has been invested in inflation-linked bonds.

From a currency point of view, there is less to say at first glance. Over the month of January, the USD/EUR hardly moved. However all other currencies to which we have exposure have made a positive contribution to the year against the Euro. So the NOK, AUD, CAD, MXN all appreciated about 3%. Of course we invest in the first place because of the higher returns that we can capture on the curves of these governments, but the currency appreciation is nice.

The management of CapitalatWork Foyer Group

Disclaimer: This document is a marketing communication tool. It does not constitute personal advice, an offer or solicitation to buy or sell, or to participate in an investment strategy. The content is based on information sources believed to be reliable. The information presented may be changed without prior notice. CapitalatWork does not give any express or implied warranty, guarantee or declaration regarding the accuracy, adequacy or completeness of the information provided. The information presented may be changed without prior notice. The information contained in this document cannot be considered as investment advice. Please contact CapitalatWork for further information regarding the risks associated with the financial instrument. Before taking an investment decision, the investor is advised to determine whether the proposed investment is suitable for him or her, taking into account his or her knowledge of and experience with investments, investment objectives and financial situation. All rights reserved. No part of this publication may be copied, stored in an information system or forwarded in any form or in any way (mechanically, by means of photocopying, recording or otherwise) without the prior consent of the copyright holder. 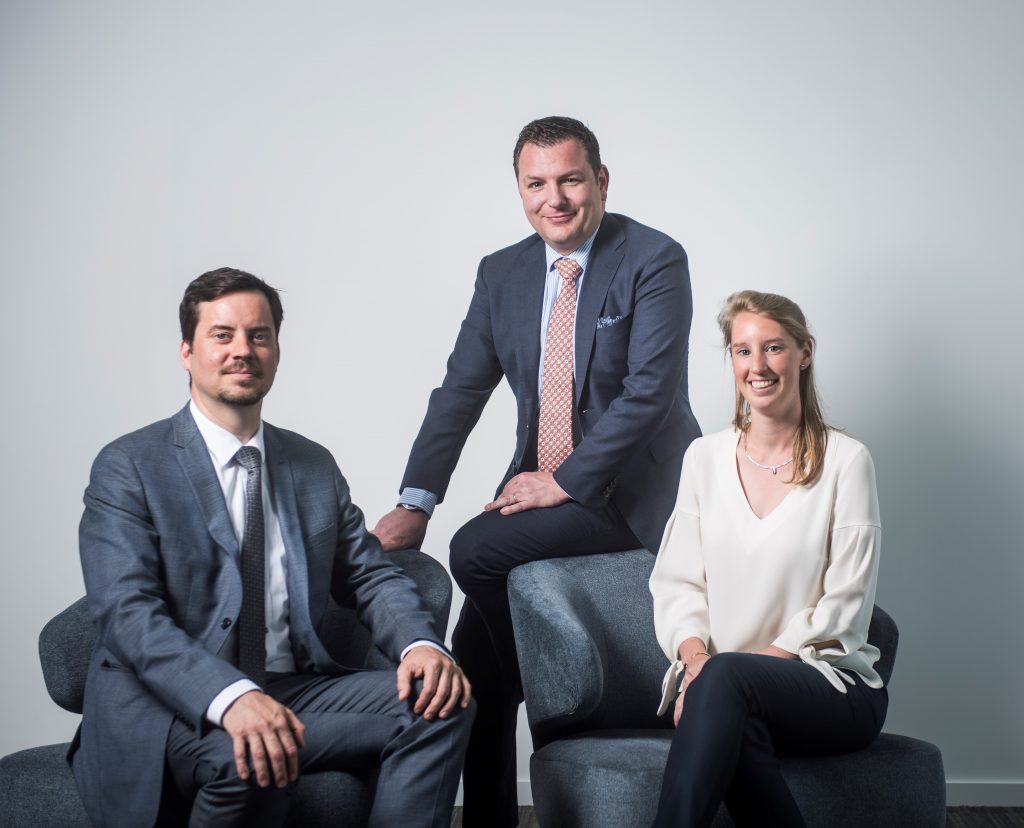